How Long Should an Explainer Video Be? 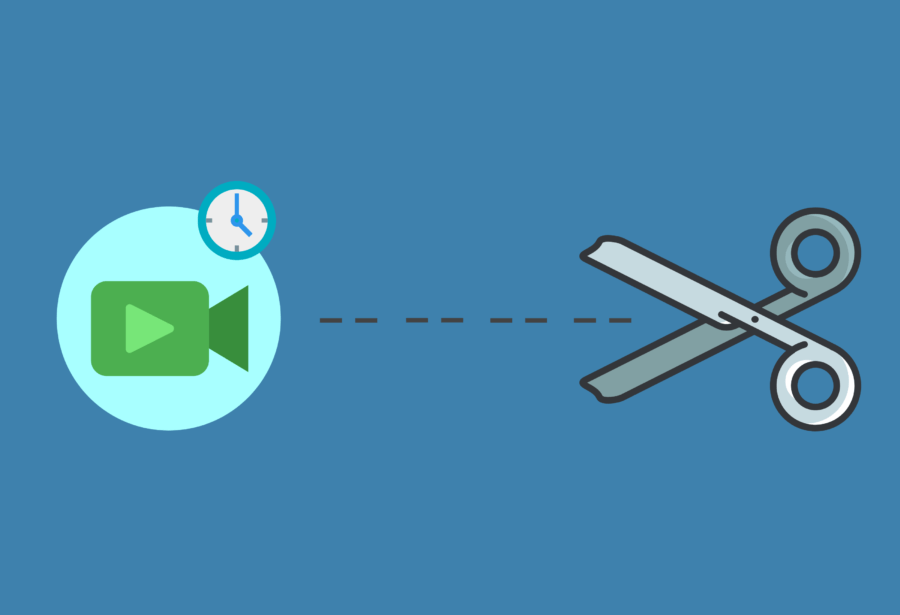 Video is quickly becoming one of the most powerful marketing mediums for organizations of all sizes and industries. Consumers are consistently demanding more video content when it comes to product education and brand information. In fact, research predicts that 82% of all online content will consist of some type of video within the next two years, and it is the content type that 54% of consumers prefer over all others. Which brings us to the importance of figuring out just how long your marketing, sales and explainer videos should be.

A marketing explainer video is one of the most effective ways to communicate the value of a product or service to an online visitor. It is a short, animated video that explains a product or idea in a simple, visual way. A good explainer video describes what the company has to offer, describes how the product or service will solve a problem for the consumer, and convinces them that this solution is the best option available on the market.

On average, marketers who use video get over 40% more web traffic from search than those who don’t. It has never been more important to include video as a key part of the overall marketing effort–but it takes strategy.

What makes a good explainer video?

The first step in creating a good explainer video is to identify the style that will complement the overall message of the brand. The majority of animated explainer videos follow two common styles (or even a combination of the two, in some cases):

Animated explainer videos: These videos open the door to creativity and imagination through their limitless possibilities for illustrations and style elements.

While animated marketing videos come in differing lengths, types, and styles, several key ingredients help elevate an explainer video to the top when it comes to its effectiveness in grabbing viewer attention.

No matter if the video is produced internally or with an external production team, a creative brief will serve as the map to keep all facets of the video on the correct path to the intended message. It clearly defines the audience and viewer personas, lists the overall goals for the project (including any associated target metrics), and outlines where and how the video will be used.

It is easy to veer off scope in any project. A good creative brief serves as a guide throughout the entire production process to keep all parties on track.

An explainer video script should be crisp and concise, using clear language that can be quickly understood by the viewer. Scripting doesn’t stop with clarity, however. The script must also serve to tell a compelling story in mere seconds. It is well worth the investment to enlist the services of a professional writer to craft an explainer video script that ensures the story is clearly conveyed and with the right call to action.

The voiceover is one of the most crucial elements of an explainer video. The wrong tone of voice or shoddy audio can derail even the most compelling script. The right voice with the right tone adds authenticity and credibility to the video. Professional voiceover services also ensure that the audio quality will enhance instead of detracting from the overall message of the video.

While the steps listed above are a solid start for creating an animated marketing video, they won’t always ensure audience engagement on their own. To hold the attention of viewers, the explainer video should model a few tried and true principles of audience engagement.

When considering what to include in the script, it is important to keep three key things in mind that will naturally help drive the appropriate length for an explainer video.

Keep it short and sweet

It’s no secret that shorter videos are faster and less expensive to produce. The evidence suggests that as the length of a video increases, viewership and attention rates decrease (more on this later). Too many marketing teams assume that “more is more” and produce long, tedious videos that drag on far beyond the attention span of viewers. It defeats the purpose of an explainer video, which is designed to replace a paragraph or two of text, offering the viewer a quick visual explanation of the concept instead.

Don’t try to explain everything

With such a limited amount of time to convey the message, it isn’t feasible to include everything from company history to future plans in an explainer video. Instead, follow the “beginning, middle, end” story format. Begin with a quick description of the solution, follow it with an explanation of how it will solve a problem for the viewer, and end with a compelling call to action and statement of why the solution is the best available on the market.

State the main point up front

Because viewers are most deeply engaged at the start of a video, it is crucial to deliver the most important piece of the message up front, while the viewer is actively listening. With this basic formula of “effective equals concise and direct” in mind, then what is the ideal length for an explainer video? Is it a 60-second explainer video? A 90-second explainer video? While the answer isn’t one-size-fits-all, there is plenty of research to help point marketing teams to the right answer for their particular brand and message.

Determining the ideal length for an explainer video

In today’s consumer-driven, digital world that is crowded with content and competing messages, marketers must grab and keep viewer attention amid a cacophony of internet noise. There is no scientific calculation to determine the ideal length for an explainer video, but there is enough existing research to support an educated decision.

As previously mentioned, viewer engagement has been proven to decline when the length of a video reaches a certain point–but what is that point? Wistia recently conducted a study analyzed over half a million videos with over 1.3 billion plays, and the results showed that engagement holds steady for videos that are up to two minutes in length. 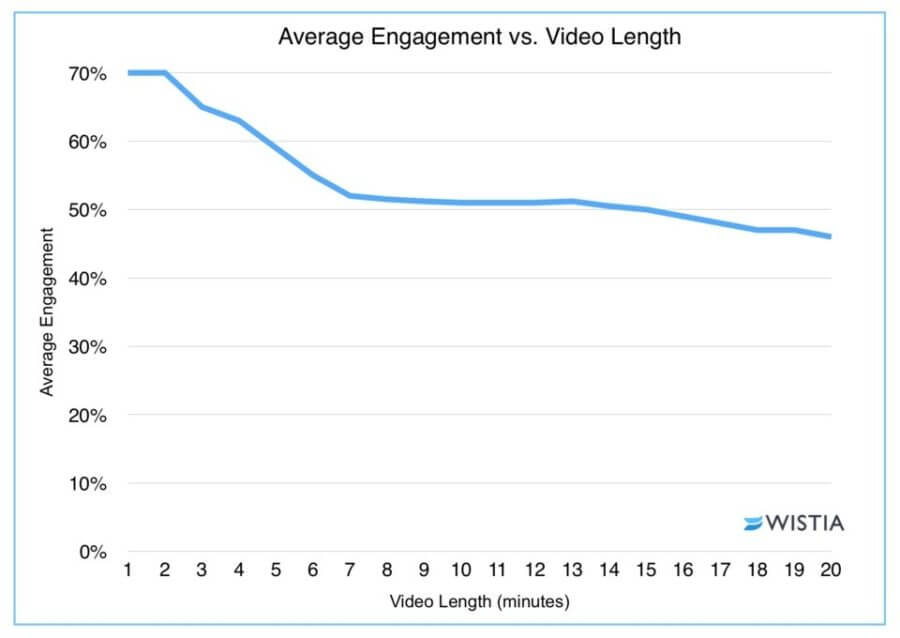 The message to marketers? While videos should stay under the sweet spot of two minutes long, there isn’t a noticeable difference in engagement for 60-second videos versus 90-second videos (or any point in between). After two minutes, however, viewer drop off escalates considerably.

But is the “two-minute rule” the only consideration for video length? Absolutely not. There are other factors to consider.

Is the video going to be consumed directly from a website? From social media? Audience preferences vary by platform. A recent study shows that the optimal length for a video can fluctuate by as much as 90 seconds depending on the platform used to publish it. Why? Because users have preconceived expectations for the content they consume on various platforms. For example, Twitter users consume content in 140 characters or less and expect video content to follow suit, with the preferred length coming in at less than 45 seconds or less.

On the other side of the coin, a consumer looking for content on a company’s website will naturally expect that content to be more comprehensive and a bit longer in nature. By considering how and where users will consume content, it is much easier to gauge an appropriate length for video content.

Equally important to platform is the intent or message of the video. Is it mainly to convince a viewer why the brand is the best choice to solve their problem? In that case, it may not take as much time to introduce the solution and what it is or does. On the other hand, if the solution is new or relatively unknown, it may be necessary to assign a good portion of the video to an introduction and overview of the product or service.

While each explainer video will require its own analysis to determine the right length to best promote viewer engagement, the overarching rule is that shorter is better. For most videos, a total length of under two minutes will retain viewers while allowing enough time to tell the story.

Does it really matter if the viewer watches the video until the end? Yes. In most cases, the call to action is at the end of a video. If the viewer loses interest early, they’ll never complete the desired action, because they won’t hear the ask.

The best course of action is to exercise judgment when creating an explainer video. Can the entire message be conveyed in 90 seconds or less? If so, don’t stretch to reach the two-minute mark. If a full two minutes is needed to effectively introduce the solution and position it as the best option, use the full two minutes. The most effective marketing explainer videos are an artful combination of creativity and common sense.

If you’re looking for more expert answers on the exact length for your explainer or marketing video, or have any questions about how we can make your video dreams become a reality. Click to learn more about how we can help you here at Explainify!